Many people have a “love/hate” relationship regarding the “Star Wars” trilogy.  I am one of those people who you would find in the “love it” category.

Many people have a “love/hate” relationship regarding the “Star Wars” trilogy.  I am one of those people who you would find in the “love it” category.  The movies have themes of hope, faith, loyalty, honor, and redemption within the films.  Now, when I talk about the Star Wars trilogy, I’m talking about the original three movies: ‘A New Hope,’ ‘The Empire Strikes Back’ and ‘Return of the Jedi.’  Of the three, ‘A New Hope’ is the one that I would call my favorite movie.  The reason is that it starts off with a battle where the enemy appears to have caught up to one of the protagonists who has acquired information to help in the overthrow of a totalitarian regime.  Over the course of the film, more and more people come together from seemingly different walks of life to eventually recover the information and put it to use to destroy the weapon that has already destroy many lives.  There are heroic sacrifices that help the protagonists achieve their overall goals.  The comradery that develops between the protagonists throughout the movie reinforces the bonds that can developed when people who have a common objective come together to help bring it to pass facing overwhelming odds.

Now, if this sounds like a critique of the movie or an analysis from a sociology paper on the themes within the movie, it’s not.  I have always been able to relate to different aspects of the personalities of all the main characters in the movie.  From Chewbacca’s loyalty to Han, Luke’s naïve following of Obi Wan to Princess Leia’s belief that even in the darkest hour, truth and liberty would prevail.  This can be applied to so many aspects of life.

Many of you don’t know that Faith and I decided a few years ago to try and expand our family.  Over this period, there were a few times where hope was sparked, but did not manifest in a new member of the family.  Yet each time, we resolved that until we reached our self-imposed deadline, we would continue to hope and believe that our desire would manifest in the natural.  Even in the darkest of times, we continued to hope that our dream would one day manifest.  One of the things that made this journey such a test of faith is that this year, we reached our self-imposed deadline.  Upon reaching it, we decided to extend the period for a few more months to allow God to be God.  “But God” decided to move when it appeared that hope was almost gone.

With that introduction, our new hope has become “the Chosen One” as we chose to trust God and continue to believe that His promise would eventually manifest.  I am pleased to announce that Faith and I are expecting a Jedi Padawan coming in November 2021.  I would like to thank all those who have prayed with us and for us, cried with us and gave us words of faith and hope when things appeared to be hopeless in some of the darkest times.  Over the next few months, we will be sharing our journey to parenthood together.  We hope that you will join us for this journey as we recount some of the events that led up to the biggest gift of 2021 and as we await full manifestation of our future Jedi.

We would also like to thank Bryant Hough (photograghy), Hope Johnson (stylist to Faith) and Tayra Johnson (makeup professional) for helping make our photoshoot come together like our vision. 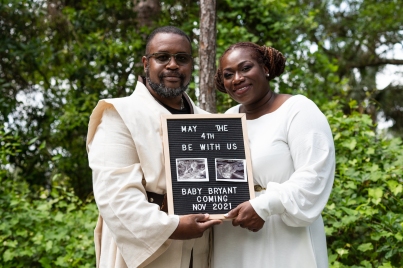 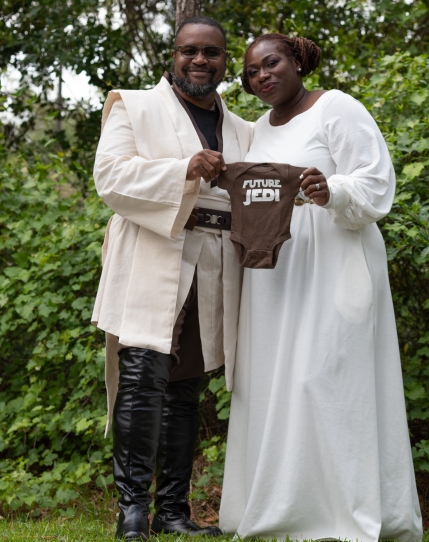 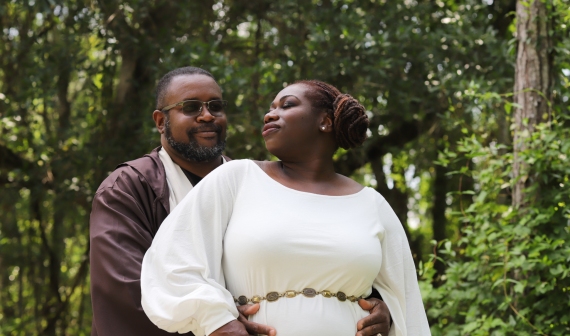 It Can Happen to You

There are many reasons why people are looking for a second chance at a successful and prosperous marriage.  Share our journey as we take you through our past, present and our future to making the second time around for love better than the first time.